650 Ships and Counting: The Chinese Navy Is Becoming a Monster 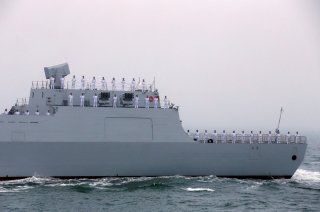 Here's What You Need to Remember: The coast guard and maritime militia also help the Chinese Communist Party to pursue its foreign policy goals.