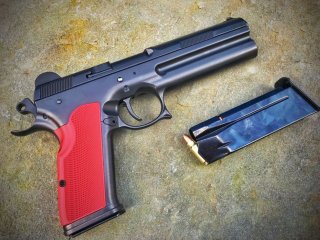 Here's What You Need To Remember: As hunting is already far more expensive and tend to be undertaken by those with more disposable income in Europe compared to the United States (classes for a hunting permit in Germany can cost up to €3,000, along with costs for leasing hunting grounds). For German hunters looking for a premium option the Field Pistol could be an attractive alternative to pistols in more regular calibers.