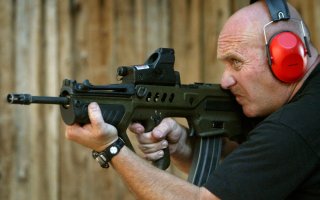 Here's What You Need to Know: Israel makes a lot of home-made weapons.