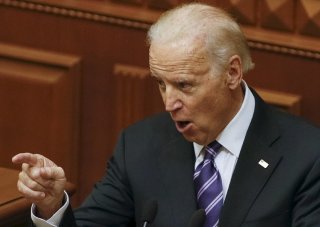 The Internal Revenue Service and U.S. Treasury have indeed done a mostly wonderful job in sending out millions of coronavirus relief checks to cash-strapped Americans.

And know that if you’re one of the lucky individuals who already have that cash in hand via direct deposit or traditional mail, you could potentially be in line for two other rather sizeable payments.

However, if you’re still waiting patiently for the current round of stimulus cash, take note that fewer Americans will receive checks this time around, so make sure to confirm if you even qualify.

According to the details of the $1.9 trillion American Rescue Plan, individuals who earn as much as $75,000 in adjusted gross income (AGI), or couples making $150,000—in addition to their children or adult dependents—qualify for the full $1,400 per individual.

As for the second check that you could potentially receive, the new law expands upon the child tax credit that currently allows families to claim a credit of up to $2,000 for children under the age of seventeen.

For check number three, know that if you’re recently unemployed, you can claim $300 in additional weekly unemployment benefits, which include a brand-new tax break. Under the American Rescue Plan, these enhanced federal unemployment checks can be applied for till September 6, and the maximum amount of time you can collect is roughly a year.

Keep in mind that the new legislation also discards a particular provision that you have to make $2,500 annually to receive the tax credit and makes the credits fully refundable.

Furthermore, tax credits have been extended for another year to help cover the cost of child care. Families potentially could get back as a tax credit as much as half of their overall spending on child care for children under the age of thirteen, up to $4,000 for a single child, and $8,000 for two or more children.

Ethen Kim Lieser is a Minneapolis-based Science and Tech Editor who has held posts at Google, The Korea Herald, Lincoln Journal Star, AsianWeek, and Arirang TV. Follow or contact him on LinkedIn. This first appeared several weeks ago.