Aaron Rodgers’ Standoff with the Packers: Just Like Michael Jordan’s with the Bulls? 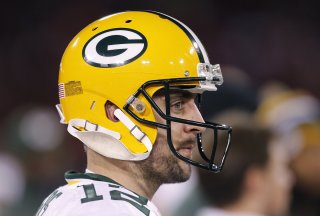 As everyone who watched “The Last Dance” last year knows, Michael Jordan’s final years with the Chicago Bulls were marred by uncertainty over Jordan’s future with the team, as well as his feud with the team’s general manager Jerry Krause. Krause, who died in 2017, was one of the only major figures from that era of the Bulls who was not heard from in the documentary, and both Jordan and several of his teammates had not-so-great things to say about their former general manager.

Now, another athletic superstar, also a recognizable advertising pitchman, is at odds with his team- and Krause’s name is being brought up once again.

Aaron Rodgers, the longtime quarterback for the Green Bay Packers, has been known for a while to be unhappy with his team. The story broke in a huge way on the first day of the NFL Draft, when multiple NFL insiders reported that Rodgers did not want to return to the Packers.

Bob McGinn of The Athletic reported that Rodgers not only wants Packers general manager Brian Gutekunst to be fired but has referred to Gutekunst as “Jerry Krause” in group text messages. And the report also said that the Packers offered to make Rodgers the highest-psaid quarterback in the league in recent months, but that Rodgers turned down their offers. Rodgers has been known to be upset with the Packers’ front office, at least since they drafted a quarterback, Jordan Love, in 2020, rather than an offensive weapon for Rodgers.

There are some key differences between the situations, however. Rodgers is the one who wants to leave, while Jordan’s endgame was based more around the team wanting to move on and start over again with younger players. Rodgers’ possible departure from the Packers is also something of the opposite of the way things ended in Green Bay for his predecessor at quarterback, Brett Favre. Because while Rodgers wants to leave, Favre wanted to stay.

Favre had announced is retirement after the 2007 season, handing the reigns over to Rodgers, who had been drafted in the first round in 2005. But that offseason, Favre changed his mind and decided to continue playing, and because he still had a contract with the Packers, he decided to report to training camp, even though the team was ready to move on. Favre, one of the few athletes to retire and unretire more times than Michael Jordan, was traded to the New York Jets that fall, and finished his career by spending two seasons with the Minnesota Vikings.

Will Rodgers be traded? That is unclear, and he has fewer options now that the draft has taken place and several teams drafted quarterbacks. But there is also a possibility that he will retire and take over full time as the host of “Jeopardy!”