The Abrams is the Army's Tank of the Present... And the Future 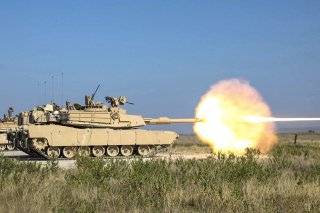 Here's What You Need to Remember: It makes no sense to pursue a clean sheet design for a new main battle tank until the requisite technologies are available. The Abrams is the Army's tank of the future.

This article originally first appeared in 2019 and is being republished due to reader interest.