After Police Officers Murdered Tony Timpa, a Court Intervened to Protect Them 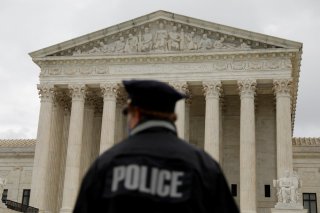 Tony Timpa dialed 911, scared for his life. He was having a psychotic episode, he said, and was off his medications. The Dallas Police Department dispatched their “Crisis Intervention Training” Team: five officers ostensibly equipped to help those with mental disabilities. Tony had already been restrained by a local security guard when the officers arrived. All was in hand—or it should have been.

But the combination of incompetence and emotional indifference displayed by the Dallas officers that night is horrifying to watch. Restraining Tony’s legs and putting him in police cuffs, the officers laid him prone and kneeled on his body. They ignored his cries that they were killing him. They brushed off his agonal respiration as “snoring.” They cracked juvenile jokes to one another as Tony slid into unconsciousness: “It’s time for school! Wake up!” remarks one officer when Tony stops responding. After 14 minutes of compacting Tony’s lungs as he begged for his life until he could no longer speak, officers finally turned Tony over to a trained paramedic. “He’s dead,” the paramedic declares almost immediately after Tony is lifted into the ambulance.

Virtually no one could watch the video of Tony Timpa’s death and come away with the impression that the officers had committed anything less than a grave moral injustice. Tony’s death was not the result of some split‐​second, tragic misjudgment in the middle of a chaotic conflict: he died because the five police officers who responded to his call were more interested in acting like the toughest kid at summer camp than doing their professional duty to help a person in need. Yet a lawsuit from Tony’s surviving family members demanding justice for his death was blocked by a federal district judge’s decision that the officers were immune from civil suit. The Cato Institute filed an amicus brief last Friday urging the Fifth Circuit to reverse the district court’s decision and allow the case to proceed to trial.

As we argue in our brief, the ill‐​defined qualified immunity standard is regularly misconstrued by lower courts in ways that put even the most reprehensible police behavior beyond reproach. The result is rapidly declining public confidence that makes police work more difficult and good talent harder to recruit.

At the same time, department and municipal leaders face few repercussions for failing to replace unfit officers as courts become ever‐​more willing to invent excuses for third‐​rate recruits. Four of the officers present at the scene of Timpa’s death remain on active duty with the Dallas Police Department, and the fifth retired at age 50. It’s not just Texas: examples abound of police killing Americans through prone asphyxiation, and there’s no telling how many cases go unreported because police departments successfully conceal them—as Dallas did for three years in Timpa’s case.

It’s a devastating cycle for the institution of policing. By inventing various immunities from civil damages suits out of whole cloth, judges have vastly reduced the costs of employing inept officers; departments—lacking the motivation that those damage awards would otherwise provide—have predictably failed to clean up their ranks; and good people who would otherwise be attracted to a career in law enforcement are having second thoughts about joining an institution mired in controversy. Every day the Supreme Court waits to re‐​examine its flawed qualified immunity doctrine will make rebuilding a little harder.