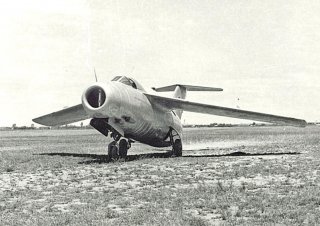 Here's What You Need To Remember: The Argentine government decided to merge Dewoitine’s and Tank’s projects into the Pulqui II, which made its first flight in June 1950. The Pulqui II eventually had a speed of 697 miles per hour, a maximum ceiling of 49,000 feet, a 2,000-mile range and an armament of four 20-millimeter cannons.