Is the Age Of Rapid U.S. Economic Growth Over? 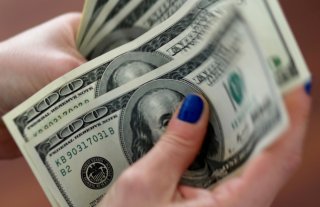 The US stock market, with a strong rebound from its pandemic lows, might seem unhinged from current economic and political reality. But that’s really missing the point. The stock market is supposed to be a forward-looking entity. Think of the difference between GDP and a stock’s market capitalization. You frequently see Big Tech market caps compared to national GDP numbers as a way of demonstrating their staggering — maybe even dangerous — level of economic power.

But as tech analyst Benedict Evans tweets, “These comparisons are always entertaining, but can we please try and remember that GDP is what you did this year and market cap is the value of everything you have now and everything you’ll do in all future years.”

So maybe — of course, also maybe not — what the rising stock market is saying is that the American economy might do better going forward than what you might think when looking at, say, today’s sky-high jobless rate. After all, the economy does seem to be on the upswing, with Wall Street’s forecasts pointing to strong full-year growth in 2021. And in its new economic projections, the median forecast from Federal Reserve Board members and Federal Reserve Bank presidents is for 5 percent growth next year and 3.5 percent in 2022.

And maybe that’s not the end of the good news embedded in the ascending market. Perhaps businesses will use this economic shock as an opportunity to innovate, making the economy more productive.

Even pandemic response aside, there might be reason to think the US economy has some big, growthy productivity gains in its future. I recently wrote about a Bank of England presentation by University of Warwick economist Nicholas Crafts, which framed AI — in particular the ability of machine learning to find “very small needles in giant haystacks” — as a “general purpose invention” or the invention of a new method of invention. (Example: A MIT team recently discovered a powerful new antibiotic through the use of a deep-learning algorithm.) So while thinking up game-changing ideas and innovations might well be getting harder — one reason for spending more on basic research — maybe this AI GPI will help power faster technological progress.

But if you’re looking for a bit more gloom about the economic potential of the next 25 years, you should check out my 2016 podcast conversation (and transcript) with economist Robert Gordon of Northwestern University. He’s the author of perhaps the most noteworthy economics book of that year, “The Rise and Fall of American Growth: The US Standard of Living since the Civil War”. From that chat:

Pethokoukis: So we’re talking about slower GDP growth. It’s not that the economy is not going to grow. It will just grow slowly, and [because of] that slow growth combined with income inequality, it will certainly feel like stagnation. Is that right?

Gordon: Since 1970, we’ve had much slower growth in productivity; that is, the growth in how much each worker hour produces. And that was interrupted by a relatively rapid decade, between 1995 and 2005, what we call the “dot-com decade”, the decade in which the Internet was introduced along with search engines and e-commerce. And we observed productivity temporarily pick up during that period.

But my forecast for the future is that it’s going to look very much like the last 40 years. It’s not a slowdown in growth or productivity. The problem is that output per hour is just one of the essential underpinnings of the process by which economic growth makes it down to the ordinary family.

And to give you a couple of numbers, I’m predicting that productivity growth will be 1.2 percent over the next 25 years — not that dissimilar to what it has been over the last 45 years, with the exception of that one single dot-com decade when we did better.

But the average American is not going to be able to enjoy that 1.2 percent growth for two reasons. The first reason is that the population is aging and many people are moving from active work into retirement — the so-called Baby Boom retirement phenomenon. This means that the number of hours of work per member of the population is going down. And that means that the output each hour is producing has to be spread across more people, many of them retired, and so the 1.2 percent that I started with for output per hour gets reduced down to 0.8 for output per person. That’s because the hours per person are declining.

And then, as you mentioned, inequality prevents the average American from gaining the full fruits of our economic progress: as much as half of the growth in income has been going into the pockets of the top 1 percent of the income distribution. And so if you look at the median income — the income of the American who’s in the middle at the 50th percentile — that income has been growing about 0.4 percent slower than for the average as a whole, which includes the top 1 percent. So you take off that 0.4 for Baby Boom retirement and another 0.4 for inequality and you’re down from 1.2 percent to a much, much slower growth of 0.4 percent. And that’s where things start looking very different from the past.