Aircraft Carriers are Persisting, Even Against Chinese Missiles 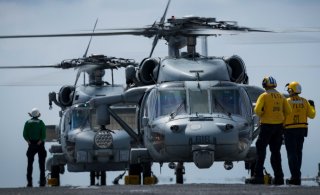 Here's What You Need to Remember: Aircraft carriers, in widely variant forms, have enjoyed a good, long run. They survive because aircraft have short ranges, and fixed airfields have significant military and political vulnerabilities. These two factors seem likely to persist.

However, just because flat-decked aircraft carrying ships will likely be with us does not mean that the Ford class, which emphasizes high-intensity, high technology warfare, represents an ideal investment of U.S. defense capital. The vulnerabilities of the big carriers are real, and the U.S. needs to either remedy those problems, or consider an alternative means of delivering ordnance.