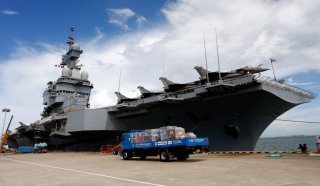 Here's What You Need to Remember: The biggest threats that European nations face, from Russian missiles to cyberwarfare, a carrier would not solve.

This article first appeared two years ago and is being reposted due to reader interest.