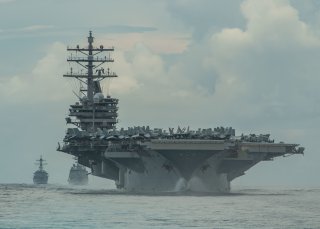 Here's What You Need to Remember: Their true power comes from their ability to provide a secure, mobile airbase for a powerful air wing.

Robert Farley is a senior lecturer at the Patterson School of Diplomacy and International Commerce. His work includes military doctrine, national security, and maritime affairs. He blogs at Lawyers, Guns and Money,Information Dissemination and The Diplomat. Follow him on Twitter:@drfarls.

This article first appeared in August 2015 and is being republished due to reader interest.