The AK-47 Is Old: Russia Has Big Plans for a New Rifle 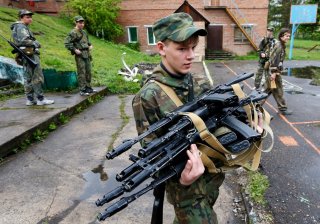 Here's What You Need to Remember: Russia is a little slow to the punch in modernizing how they can accessorize their rifles, but they’re not far behind. Moving from a Picatinny rail handguard to a hole-based system is very straight forward.

Charlie Gao studied political and computer science at Grinnell College and is a frequent commentator on defense and national-security issues. This piece was originally featured in December 2018.