All Hail HIMARS: This Might Be the Last Image China Sees in a War 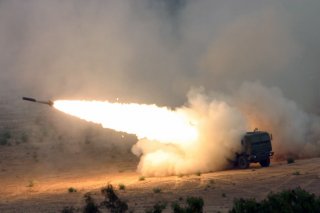 Here's What You Need To Remember: HIMARS, then, may look like a humble truck. In reality, it is far more: a tactical implement commanding significant strategic import. As the Marine Corps girds to fight in the air, on land, and sea, it ought to procure anti-ship weapons in bulk—and in haste.