Amazing: Facebook Has Brought the Internet to a Billion People 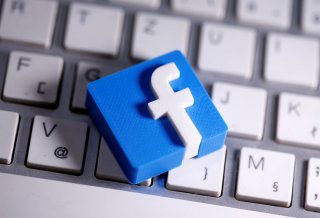 Much has changed in the tech policy world in the last five years. Take, for example, the raging debate in 2015 over the rollout of Facebook’s Free Basics, an open mobile platform providing free access to apps for news, health, education, jobs, and communication for first-time internet users with low-bandwidth connectivity. Self-appointed internet guardians railed against the notion of “zero-rated” internet access for the poor. In India, a country where less than half of the population enjoyed internet access, the Telecom Regulatory Authority of India categorically banned the service without an empirical investigation. In the US, the Federal Communications Commission began an investigation into mobile operators that dared to offer free data for apps such as Pokémon Go, and the Department of Justice threatened “to shut down University of California-Berkeley’s free online educational offerings.”

Fast forward to today, and Free Basics is available in 55 countries. Last week, Facebook launched the next generation of the tool, called Discover, in Peru. The company has clearly spent years on development and untold engineering resources to design an “agnostic” internet experience in which Discover users can visit any location on the web without incurring data charges. This feature was the must-have demanded by the “internet guardians” who claimed that Free Basics, which included only those sites that were submitted by developers and that met the program’s technical criteria, was harmful, discriminatory, and would be the internet’s undoing.

The World Wide Web Foundation, which had once called Free Basics “repugnant,” has changed its tune, claiming that “Discover represents an important first step in that direction [of providing access to the entire web] and shows Facebook making progress on its commitment under the Contract for the Web to make the internet affordable and accessible to everyone.” The development of Discover is similar to other major changes at Facebook in which the company has handed over major decisions to external parties, such as its Oversight Board for content moderation and an independent committee for privacy. Indeed, with regulators and civil society organizations shaping Facebook to their gold standard, they should never want to dismantle it. Moreover, Discover represents the company’s effort to evolve to address the concerns of key critics and stakeholders.

The notion of pricing flexibility is central to economics, and Facebook’s experimentation, now widely covered by thousands of scholars and journalists, is likely the largest-scale program of internet adoption ever attempted. My AEI colleagues have written extensively on such models: See Bronwyn Howell’s outline of issues for regulators and adjudicators; Mark Jamison on promoting adoption without using taxpayer money; Daniel Lyons on differentiation in the market for broadband services, narrowing the digital divide, and describing its development in the evolution of communications; and my own description of how Free Basics gets first-time users online, enables healthcare, and helps challenger mobile operators create competition.

While elites have looked for various ways to pillory Facebook for its success, the company has been busy connecting millions of internet users for the first time with innovative free models. The coronavirus pandemic has led to calls for greater digital inclusion, spurring more the 700 internet service providers to pledge to Keep Americans Connected by not terminating service for inability to pay bills, waiving late fees, and providing free Wi-Fi access to those in need. There remains a group of Americans who have never been online; they are largely people over 65 who do not believe the internet is useful. Maybe in the next five years, the freedom to try will overcome the prejudice that had stood in the way of innovative internet adoption.

This article by Roslyn Layton first appeared in 2020  on the AEI Ideas blog.