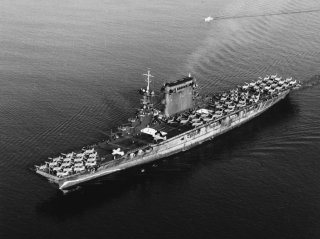 Here's What You Need To Remember: Like the rest of the U.S. carrier force, the Lexington was safely at sea when Japan launched its crippling surprise attack on Pearl Harbor. Under Capt. Frederick Sherman, it was dispatched on a failed attempt to relieve the besieged garrison of Wake Island—it fell before it could arrive—and sparred inconclusively with Japanese submarines in January 1942.