America’s TOW Anti-Tank Missile Dominated in Syria, But Can It Stand Up to Modern Tanks? 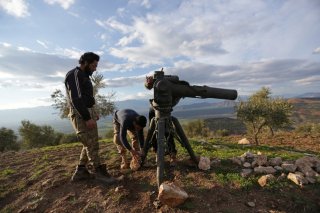 Here's What You Need To Remember: Despite its staying ahead of countermeasures, the design itself is getting dated. Traditional wire-guided TOWs face limitations when shooting across bodies of water and can’t shoot neat razor wire or downed power lines due to electrical effects on the control wires. Recent radio-controlled TOWs remedy this issue, at the cost of potentially being jammed by radio jammers on future tanks.

The way the TOW works is fairly simple. As a second generation, Semi-Automatic Command Line of Sight (SACLOS) anti-tank missile, the gunner simply keeps crosshairs on the target and the missile guides itself onto the target.

Charlie Gao studied political and computer science at Grinnell College and is a frequent commentator on defense and national-security issues. This article first appeared two years ago.