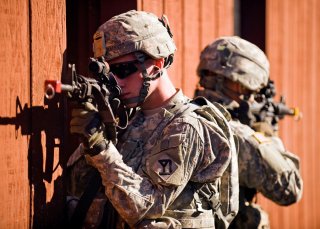 Here’s What You Need to Remember: Bowden’s book reminds us of the cruel lessons learned at Hue by intertwining the personal and the political, and the tactical realities of combat with the strategic dysfunctions underpinning the American war in Vietnam.

Bowden is already renowned for his detailed account of the Battle of Mogadishu in Black Hawk Down. His emphasis on firsthand accounts gives a vital heart to the unfolding events. He establishes the connection between the struggle over individual street blocks, the loss of individual lives, the filing of news reports and the actions or nonactions further up American and North Vietnamese chains of command desperately clinging to illusions of their own success. Not only are the personal stories Bowden uncovers at turns deeply moving and horrifying, but they also pose uncomfortable parallels with current events in the Middle East and Afghanistan.

In 1967, an aggressive faction in Hanoi led by President Le Duan insisted on embarking on the Tet Offensive, a surprise attack targeting virtually every major community and military base in South Vietnam, scheduled for the Tet holiday in late January 1968—normally a time of truce. But Hue was the one place Hanoi was really counting on capturing: it would deploy four regiments of regular North Vietnamese Army troops and eight battalions of local Viet Cong insurgents to the invasion, backed up by rocket and conventional artillery, heavy mortars, recoilless rifles and numerous rocket propelled grenades. The leadership believed that if a strong force captured a lightly defended city, it would inspire a popular uprising in its citizens.

However, idealistic young Communist organizers were disappointed when a massive outpouring of popular support failed to materialize. While North Vietnamese troops began digging in throughout the city, squads also began rounding up supporters of the Saigon regime and foreigners, leading to a thinly rationalized purge that slaughtered at least a thousand citizens. Many locals tried to slip out the city to escape the crackdown. They not only had to dodge Viet Cong patrols, but they were also in danger of being shot by South Vietnamese troops.

In response to this development, a response force of only two companies of Marines from Task Force X-Ray at the nearby camp at Phu Bai was sent to relieve the MACV compound in Hue. The truck-mounted leathernecks supported by a handful of tanks ran straight into a deadly ambush shortly after crossing the An Cuu bridge, as Bowden recounts in excruciating detail.

A rocket exploded against Batcheller’s tank and he felt a stinging spray of shrapnel. When they reached the end of the gauntlet, his radioman, who had been right next to him, was gone. He must have been blown off. Leaning across the turret was one of his navy corpsmen, who in addition to to other wounds was missing both of his legs at the knees. . . . There were downed marines scattered behind on the road, and others trying to drag them to safety. One was missing both arms and both legs, still alive and screaming.

When the Marine battalion commander tried to explain how badly outnumbered and outgunned his troops were, his supporters refused to believe him and ordered him to attack anyway with his four hundred men—against a heavily fortified position held by several thousand NVA and Viet Cong troops.

Remarkably, two platoons of Marines managed to charge across the Truong Tien bridge as machine-gun fire raked its spans—only be greeted on the other side by withering fire from the walls of the citadel. The Marines were forced to beat a hasty retreat across the bridge, commandeering trucks to evacuate the wounded.