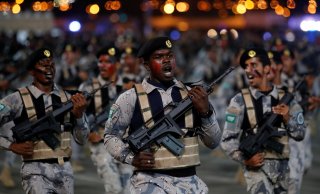 Here's What You Need to Remember: Ultimately, the test case for a 1973 invasion of Saudi Arabia came thirty years later, with the 2003 invasion of Iraq. The conditions were far different: Saudi Arabia had a much smaller population than Iraq, and the U.S. goal would have been occupation of natural resources rather than regime change.