America Cannot Get Enough Of These 5 Sporting Rifles 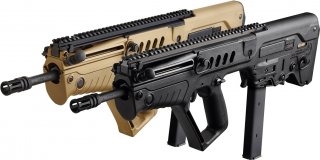 Here's What You Need To Remember: Many AR-15 parts are interchangeable with the service weapons, and the civilian AR-15 industry has benefited from wartime Department of Defense and industry research and development, introducing features such as the M1913 Picatinny rail attachment system, optics, polymer ammunition magazines, and even suppressor technologies.

Kyle Mizokami is a defense and national-security writer based in San Francisco who has appeared in the Diplomat, Foreign Policy, War is Boring and the Daily Beast. In 2009, he cofounded the defense and security blog Japan Security Watch. You can follow him on Twitter: @KyleMizokami. This piece was originally featured in December 2019 and is being republished due to reader's interest.