America Ended in 1999—And You Missed It 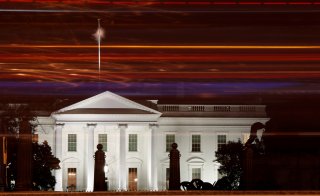 Consider: What was America’s last good year? It’s a common Twitter question that pops up from time to time. And one common answer is the year 1999. Why not? Unemployment was low, the stock market was high, and there was a new Star Wars film for the first time since 1983.

Yet Vice President Al Gore, the eventual Democratic presidential nominee, did not face a democratic socialist challenger in the 2000 primaries. Oh, he did have a challenger: Bill Bradley, a former US senator from New Jersey and NBA star. But Bradley, the original Senate sponsor of the 1986 Tax Reform Act, was no hardcore lefty. And in the general election, neither Gore nor Republican nominee George W. Bush questioned the basic quality of the 1990s economic boom. Gore wanted to “extend it,” while Bush wanted to give it a “purpose.” And most Americans agreed. Despite those inequality stats I just quoted, the share of Americans who told pollsters that money and wealth should be more evenly distributed declined sharply during the 1990s. In January 2000, 69 percent of Americans said they approved of the country’s direction. And 76 percent in 2001 said they were satisfied with their ability to “get ahead.”

So why no talk about “late capitalism” back then, especially as the approaching millennium’s end gave rise to a sense of one era ending and another beginning? Easy: When incomes are rising quickly for everyone, Americans just don’t care so much if they are rising far more quickly for some than others. Real median income rose by 15 percent from 1993 through 2000. That’s big. A high-productivity economy was generating fast economic growth, low unemployment, and rapid wage growth for all. “The upturn of 1995–2000, the latter part of the 1989–2000 business cycle, brought a brief respite of across-the-board wage growth,” the left-of-center Economic Policy Institute has noted.

One might consider what America 2020 might be like today had there been no Great Recession followed by a Not-So-Great Recovery. And what if the productivity boom that started in the mid-1990s and ended in the mid-2000s had kept on going? And what might America a decade or two from now look like if we could return to a period of fast growth driven by big gains in productivity and tech progress? “See you later” to talk of late capitalism, I think.

“Much of our occasional impetuous desire to smash the whole entangling machinery of civilization is due to this inability of man to understand what he is doing,” writes Friedrich Hayek in The Constitution of Liberty. I interpret that statement in two ways. First, many of us do not understand how America, and the West more broadly, was built. Second, many of us do not understand how our current actions or the latest calls for change might undermine what we have achieved.

Which leads me to a second quote, one that expands nicely on Hayek. This is from Mass Flourishing, written by Nobel laureate economist Edmund Phelps in 2013:

The present crisis of the West can be laid to its leaders’ unawareness of the importance of dynamism: A breadth of dynamism is the main source of innovative activity and its engaging jobs, and this activity—its extent, insights, and luck—is the main source of growth in productivity and income. Thus grassroots dynamism was crucial to the good economy of the past: to material progress, inclusion, and job satisfaction. And restoration of that dynamism will be crucial to the rebirth of the good economy.

Scientific discovery, technological progress, and economic growth require a society that is open to creative destruction and the disruption of the status quo. And when a society allows such unsettling dynamism or churn, it can grow. And growth is good. Yep, it really is.

This article was first published by the America Enterprise Institute in September.