America Has Now Sent Out Nearly $400 Billion in Stimulus Payments 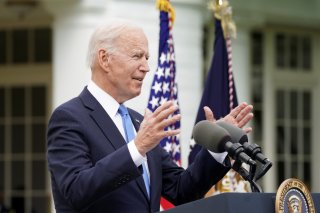 Here's What You Need to Remember: The American Rescue Plan, which passed in March on a party-line vote, delivered $1,400 stimulus checks for most Americans, while also extending unemployment benefits, assisting vaccination and coronavirus mitigation efforts, and extending aid to city and state governments.

The IRS Thursday issued its weekly report about the dispersal of the stimulus checks from the American Rescue Plan. The latest batch, which is the ninth since the payments began in early March, consisted of 960,000 payments, totaling over $1.8 billion.

That amount is lower than the last few batches, indicating that the program is getting closer to wrapping up. The earliest rounds consisted of as many as 90, 37, and 25 million checks, although in recent weeks that number has been in the low millions.

The total amount of payments from the nine rounds is now about 165 million, with a total value of  $388 billion.

This time, more than half of the payments, totaling about 500,000, went to “eligible individuals for whom the IRS previously did not have information to issue an Economic Impact Payment but who recently filed a tax return.” And additional 460,000 went out as “plus-up payments,” for those who became eligible for an additional payment once their economic picture changed between 2019 and 2020.

The American Rescue Plan, which passed in March on a party-line vote, delivered $1,400 stimulus checks for most Americans, while also extending unemployment benefits, assisting vaccination and coronavirus mitigation efforts, and extending aid to city and state governments.

The plan, according to earlier indications, has led to improvements in consumer spending and household income, although the most recent jobs report was widely considered a disappointment.

“The IRS will continue to make Economic Impact Payments on a weekly basis,” the agency said. "Ongoing payments will be sent to eligible individuals for whom the IRS previously did not have information to issue a payment but who recently filed a tax return, as well to people who qualify for ‘plus-up' payments.”

The president is seeking to follow up the American Rescue Plan with a pair of new trillion-dollar spending packages, the American Families Plan and the American Jobs Plan. The two plans are expected to be subject to intensive negotiations with Congress in the coming months, and it’s unclear how good a chance the bills have of passing.

Meanwhile, 21 Senators have signed on to a plan that would put into place  “automatic stabilizers,” to make aid automatic during future economic crises.

Per the Economic Security Project, which initiated the proposal, would “tie the issuance of expanded unemployment payments and stimulus checks to the state of the economy.” The ESP has briefed both members of Congress and the White House on their proposal, although it’s not expected to have enough support to overcome a filibuster.

Stephen Silver, a technology writer for The National Interest, is a journalist, essayist and film critic, who is also a contributor to The Philadelphia Inquirer, Philly Voice, Philadelphia Weekly, the Jewish Telegraphic Agency, Living Life Fearless, Backstage magazine, Broad Street Review and Splice Today. The co-founder of the Philadelphia Film Critics Circle, Stephen lives in suburban Philadelphia with his wife and two sons. Follow him on Twitter at @StephenSilver. This article first appeared this week.