Is America Hopelessly Behind in the Icebreaker Game? 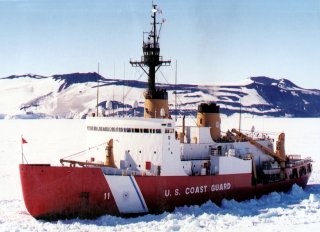 Here's What You Need to Remember: We can see that the lower numbers of American icebreakers aren’t as serious of a strategic flaw as the numbers alone may suggest. Russia has far more missions for their icebreakers, so it needs more of them. However, the U.S. icebreaker fleet still needs increased numbers to accomplish the tasks it needs to do.