America Nearly Built a Hypersonic Plane in the 1970s 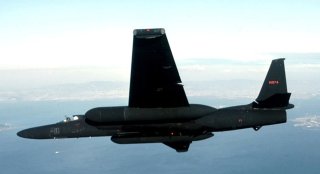 Here’s What You Need to Remember: A total of three X-15s were built and while they were indeed hypersonic aircraft, they were a long way from operational platforms.

Ever since the term hypersonic entered the pantheon of national security buzzwords a few years ago, conversation has largely been relegated to missiles, but throughout a fair portion of the Cold War, the United States seemed well on its way to fielding hypersonic aircraft the likes of which the world has still never seen.

While today’s supersonic fighters and bombers can fly at speeds in excess of Mach 1, or around 760 miles per hour, hypersonic aircraft would fly at speeds in excess of Mach 5, or faster than 3,800 miles per hour. Missiles traveling at that speed are all but indefensible with today’s technology and it stands to some reason that hypersonic aircraft would be similarly difficult to target today, let alone during the Cold War. Keeping a bag of meat alive inside a metal tube traveling at 6,000+ miles per hour, however, is no easy undertaking. And while America’s efforts to field hypersonic aircraft didn’t manifest in an operational platform, it’s easy to see why many thought this sort of mind-boggling speed represented the future of military aviation. Indeed, maybe it still does.

Throughout much of the Cold War, the survivability of a tactical aircraft was predicated largely on reaching ever-higher altitudes and traveling at ever-higher speeds. Nowhere was this more prevalent than in the field of air reconnaissance, where Lockheed and their legendary aeronautical engineer Kelly Johnson would practically define America’s Cold War approach of pushing these very envelopes as a means of infiltrating contested airspace.

The Need for Speed… and Altitude

Johnson’s design for the U-2 spy plane, which entered service in 1956, had a service ceiling of 70,000 feet that allowed it to soar high above the limited reach of Soviet surface-to-air missiles (SAMs) and even intercept fighters of the day. That is, until 1960 when CIA pilot Gary Powers and his U-2 were shot down by the new SA-2 Guideline (Soviet S-75 Desna) SAM deep inside Soviet territory. Within just four years of that incident, another brainchild of Johnson’s, the SR-71 Blackbird, would couple an even higher service ceiling of 85,000 feet with a reported top speed of somewhere in excess of Mach 3.5.

The SR-71’s combination of altitude and brute force made it practically unstoppable in its era. Over three decades of service, some 4,000 missiles of various sorts were fired at SR-71s as they screamed across the sky. In every instance, the Blackbird pilot simply had to lean into the throttle to outrun anything fired at it. Not a single Blackbird was ever shot down.

Of course, the United States wasn’t only in the business of fielding unarmed reconnaissance planes, and the immense capability offered by these high-flying aircraft led to proposals and even formal efforts to arm both the U-2 (in Lockheed’s proposed 315B design) and the SR-71’s sister program, the YF-12.

The Transition From Supersonic to Hypersonic Aircraft Seemed Inevitable

This love affair with speed and altitude extended into nearly every aspect of American and Soviet military aviation throughout the Cold War. In the U.S., it resulted in fighters like the fast and agile F-14 Tomcat and legendary F-15 Eagle, as well as the supersonic B-1B Lancer bomber. Throughout much of the 1960s, a Mach 3+ capable bomber dubbed the XB-70 Valkyrie was in development and seemed like the future of America’s bomber fleets.

In the Soviet Union, the incredible MiG-25 entered service in 1964 with a top speed of Mach 2.8, better than any American fighter in history, and has since been recorded at speeds as high as Mach 3.2. Eventually, the Soviets would field the Tu-160, which remains the fastest bomber in the world to this day.

With all this focus on flying higher and faster, it seemed all but inevitable that American and Soviet aviators would soon be moving past supersonic speeds into hypersonic ones with their fighters, bombers, and reconnaissance platforms. After all, by then, America already had an aircraft that could carry a pilot past the hypersonic barrier.

Operation Paperclip, which was organized by the Joint Intelligence Objectives Agency (JIOA) and was largely executed by the U.S. Army’s Counter Intelligence Corps, brought some 1,600 Nazi scientists, engineers, and technicians to the United States at the conclusion of World War II. Among these scientists were men like NASA’s famed Wernher von Braun, the man who developed the Saturn V rocket, and Walter Dornberger and Krafft Ehricke, who found themselves employed by Bell Aircraft.

In 1952, Dornberger and Ehricke proposed the concept of a sort of vertical-launched bomber and missile in one. In Germany, they had called this theoretical platform the Silbervogel, or Silver Fish.

Today, the plan seems quite logical: The vehicle would be sent aloft atop a rocket booster and propelled all the way into a sub-orbital but exoatmospheric altitude where it would briefly enter space, before gliding down toward the atmosphere and being “bounced” back up thanks to the vehicle’s winged body.

By 1957, the U.S. had taken to developing Dornberger and Ehricke’s concept in three separate programs: a rocket bomber (RoBo), a long-range reconnaissance vehicle (Brass Bell), and hypersonic weapons research. Just days after Sputnik 1 launched, however, the U.S. re-organized their efforts, combining all three into the new single Weapons System 464L program, also known as Dyna-Soar.

America intended to work fast, planning to test the first iteration by 1963 in glide trials, with powered trials to follow the next year. By then, the Dyna-Soar 2 was expected to exceed Mach 18 in powered flight. A missile based on the Dyna-Soar program was expected to enter service by 1968, with the spaceplane itself totally operational by 1974.

By 1962, the design of this new space plane was largely settled and astronauts were chosen to begin training for test flights. Among them was a thirty-year-old Navy test pilot and aeronautical engineer named Neil Armstrong, who would go on to leave the program later that same year for another space-faring role you may have heard of.

Once built, the X-20 Dyna-Soar’s first mock-up measured 35 and a half feet long with a 20.4-foot wingspan. It used three retractable struts for landing. Groundbreaking as it was, the effort seemed entirely feasible with the technology of the day, but was also entirely too expensive. Rather than becoming the world’s first operational hypersonic aircraft, the X-20 was killed off in 1963 in favor of the rapidly developing Gemini program.

In 1967, William “Pete” Knight made history at the stick of his North American X-15A-2 rocket-powered aircraft when he reached a speed of Mach 6.7, or around 5,140 miles per hour, at an altitude of some 102,000 feet. While this particular flight was one for the record books, it was no fluke. Over nine years, 12 pilots would take the stick of the X-15 for a total of 199 flights, 13 of which even met the Air Force’s criteria for spaceflight, earning eight pilots their astronaut wings.

A total of three X-15s were built and while they were indeed hypersonic aircraft, they were a long way from operational platforms. In order to achieve such incredible speeds, the X-15 relied on a liquid-propellant rocket engine that would only burn for between 80 and 120 seconds. But in that short time, boy did it burn. The XLR99 rocket engine in the X-15 produced 600,000 horsepower and 70,400 pounds of thrust, or about 2/3 the thrust Blue Origin’s New Shepard rocket leverages to send a six-person capsule into orbit.

In order to make the most of that short burn, the X-15 was carried aloft under the wing of a B-52 Stratofortress and dropped at a speed of around 500 miles per hour before hitting the throttle and dumping fuel into the idling rocket engine. Although the United States had already experimented with the idea of using aircraft like the B-36 Peacemaker as flying aircraft carriers, the Air Force and NASA had no illusions about the practicality of the X-15 as a tactical platform. Its purpose was testing the limits of the technology of the day, and in that regard, it was a resounding success.

By the end of 1968, the X-15 program had run its course, leaving the U.S. Air Force without any hypersonic aircraft in testing or development. That’s where Kelly Johnson’s team at the legendary Lockheed Skunk Works re-entered the picture.

Taking on the role of lead contractor, Lockheed worked side by side with the Air Force’s National Hypersonic Flight Research Facility and NASA to develop and field two hypersonic test aircraft, with each vehicle slated for 100 flights. The decision was made to equip the L-301 program’s aircraft, unofficially dubbed the X-24C, with a newer LR-105 rocket engine found at the time in the Atlas series of rockets. The LR-105 would launch and accelerate the X-24C to hypersonic speeds, not unlike the rocket engine in the X-15. From there, a second hydrogen-fueled, air-breathing ram/scramjet (supersonic-combustion ramjet) engine mounted on its belly would take over.