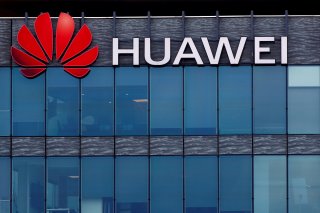 The purpose of this blog is to lay out the various rationales advanced for recent US actions against Chinese companies and individuals — and to explore their interconnections, overlaps, and dissonances.

China keeps a closed and censorial internet economy at home while its products enjoy full access to open markets abroad. The asymmetry is unfair and ought no longer be tolerated. The privilege of full internet access — the open internet — should be extended only to companies from countries that respect that openness themselves.

Some think that it is a tragic mistake for the United States to violate the principles of internet openness that were pioneered in this country. But there is also such a thing as being a sucker. If China refuses to follow the rules of the open internet, why continue to give it access to internet markets around the world?

Wu does not confine his reciprocity argument to transactional economic reciprocity. He argues more broadly that whatever the suspect motivations of the Donald Trump administration, its moves against Beijing “can also be seen as an overdue response, a tit for tat, in a long battle for the soul of the internet.” Introducing a political and moral judgment, he contends that China’s “extensive blocking, censorship and surveillance violate just about every principle of internet openness and decency.”

Thus, the US and other nations are right to resist China’s “net nationalism” which, Wu writes, “views the country’s internet primarily as a tool of state power. Economic growth, surveillance, and thought control, from this perspective, are the internet’s most important functions.”

In decrying Beijing’s use of the internet as an instrument of “thought control,” Wu mirrors the Trump administration’s actions against a number of Chinese companies and individuals for human rights violations against the Uighurs and undermining Hong Kong’s autonomy. In recent months, dozens of Chinese companies have been added to the Commerce Department’s economic blacklist for human rights violations and abuses.

Moving on, the danger to US national security has certainly constituted the most frequent defense of sanctions by the Trump administration. As I have detailed, many of the sanctions against Huawei and its potential dominance in 5G are based on solid technological foundations and can be publicly justified to US allies. Additionally, the administration has blacklisted Chinese companies allegedly associated with or controlled by China’s military.

Finally, in recent days, the administration has expanded the remit of sanctions to include Chinese companies and individuals alleged to have aided Beijing’s diplomatic and military goal of controlling the South China Sea.

Here are my thoughts. First, while the sanctions and blacklisting are legally underpinned by security fears, the administration has also been candid in explaining its economic and competitive goals. An unnamed State Department official explained:

[The government’s] various aims [include] of course, to impose costs on bad actors and to encourage all sorts of parties and institutions and governments around the world to assess the risk and reconsider business deals with the sort of predatory Chinese state-owned enterprises we have identified here.

The confusion of goals is also evident in the treatment of Huawei. For national security reasons, the Trump administration has moved in recent months to cut Huawei off from vital semiconductor chips that are designed — though not actually manufactured — in the US. The latest rounds of bans, however, also struck at Huawei’s smartphone and cloud services businesses.

Kneecapping Huawei by disallowing purchases even of off-the-shelf chips would quickly benefit its chief competitors — Samsung, Apple, and Xiaomi — and ultimately hurt the hundreds of millions of Huawei smartphone owners. In this instance, national security has morphed into industrial sabotage. Further, a trade reciprocity argument fails in that Huawei’s smartphone competitors — unlike foreign platform companies — are allowed to compete in the Chinese market.

To date, the Trump administration’s stepped-up actions against Beijing have been scattershot and, in some instances, contradictory. As my AEI colleague Derek Scissors has often pointed out, even where the administration has documented predatory Chinese mercantilism, it has dithered, leaving the so-called “phase two” structural reforms for “someday” in the distant future.

It is time for the US — be it President Trump or Joe Biden after the election — to set forth a comprehensive strategy for dealing with Chinese mercantile authoritarianism, including clear priorities and trade-offs. “Someday” needs to become “today.”