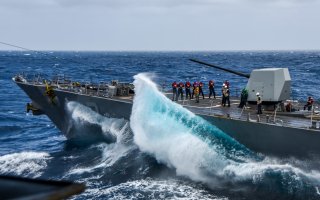 Here's What You Need to Know: There's a serious shortage of surface warships.