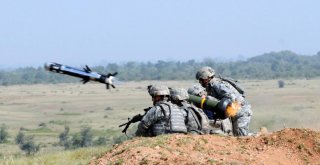 Here's What You Need to Know: The Javelin has been a major success worldwide.