An American Invasion of Venezuela Would Be No Cakewalk 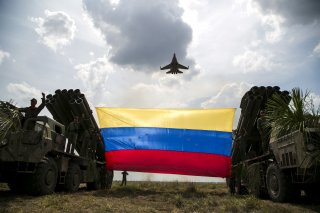 Here's What You Need to Remember: The problem is that an invasion could further destabilize Venezuela, hurt, kill or displace countless innocent Venezuelans, alienate the U.S. government in a region that is hostile to American meddling and also get a lot of Americans killed.

But that doesn’t mean the U.S. military couldn’t invade Venezuela in the event Washington makes good on past threats and orders the Pentagon to intervene in the slowly-collapsing South American country.

David Axe was the Defense Editor of the National Interest. He is the author of the graphic novels  War Fix, War Is Boring and Machete Squad. This first appeared in 2019 and is being republished due to reader interest.