American Nuclear Weapons in South Korea: the Inside Story 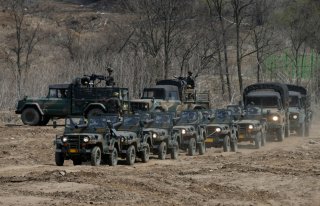 Here's What You Need To Remember: Senior State Department officials, up to and including Secretary Dulles, were focused on the big picture throughout the Eisenhower administration’s debate: how would the introduction of nukes into South Korea be interpreted by the Communists; would Washington appear as if it blatantly violated the Armistice Agreement and escalated the situation; and would U.S. allies in Europe and Asia support sending the world’s most powerful weapons to one of the world’s most dangerous Cold War flashpoint?

Daniel DePetris is a fellow at Defense Priorities, a foreign policy organization focused on promoting a realistic grand strategy to ensure American security and prosperity. This article originally appeared in November 2019.