American Weapons Are at the Top of Israel's Shopping List 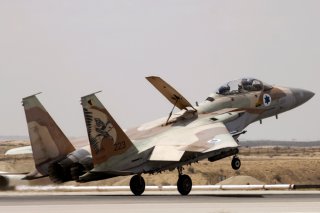 Here’s What You Need to Remember: Israel has most of what it needs from the United States; in several areas, the technical capabilities of the IDF exceed those of the U.S. military.