Americans Must "Buy American" in the 21st Century 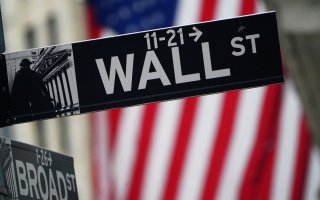 The Buy American Act has provided a benchmark for federal procurement for most of the 20th century. Yet, the law has aged like a corked bottle of wine.

The spirit and intentions of Buy American were indeed noble when the law was passed in 1933: It was designed to bolster domestic manufacturing, concentrate industrial supply chains in the United States, and ultimately raise the middle class. After all, they say high tides raise all boats. Few people seemed to disagree that good-paying middle class jobs and a robust manufacturing sector were essential for a well-functioning society—especially at the end of the Great Depression.

In the last several decades, however, the Buy American Act has failed to both create robust domestic supply chains and raise our middle class. The law is heavily constrained by terms in the Trade Agreements Act and the World Trade Organization Agreement on Government Procurement. Most of our goods are manufactured in China or elsewhere, and our middle class continues to shrink.

Even the military depends on critical technologies manufactured overseas, many from untrusted countries such as China whose intentions to overpower the U.S. pose grave national security risks. One recent report found that Chinese suppliers of military technologies have increased 455% across 655 “numerous critical industries,” such as Internet software, telecommunications equipment, and electric components, among many others—systems that may be modified in a way to leak information and compromise critical U.S. intelligence.

Strategic rare earth materials and printed circuit boards are also necessary for our military's technologies to keep this nation secure. Yet, we import the vast majority of rare earth minerals and printed circuit boards from China as a nation. The same may be said for pharmaceuticals that many Americans take to stay healthy or alive—indeed, many of these drugs are imported to the U.S. from Chinese manufacturers.

The Buy American Act has failed in its original goal to create robust supply chains for military and consumer goods alike. But the emergence of subsidized Chinese manufacturing and the propensity for U.S. companies to seek maximum profits has created a situation akin to a dumpster fire fueled by an endless supply of kerosene. U.S. companies have successfully gained maximum profits from importing Chinese goods and relying on Chinese supply chains. In turn, the emergence of China's dominating presence has made it exceedingly difficult for U.S.-based manufacturers to compete in an international marketplace that is anything but fair.

We now find ourselves in a cycle of consumption that requires us to import from China and other suppliers overseas. While the U.S. should foster productive relationships with allied nations that provide secure and trusted supply chains, we should also take steps to decouple from China and set aside our insatiable appetite for profits that got us into this mess in the first place. After all, China does not have America’s best interests in mind: they hope to dominate through economic means and force the U.S. to capitulate by threatening cuts to critical military and pharmaceutical supplies. Their pursuit of this dominance is made explicit in its “Made in China 2025” initiative. China believes this scenario is their manifest destiny and given recent history, it will be if the status quo remains.

To avoid the dystopian future that China hopes to create, our leaders must think carefully about domestic manufacturing in a way that moves beyond the Buy American Act of 1933 but retains the law’s spirit as a vehicle to create a robust economy and well-functioning society. Put simply, we should buy products that are manufactured in the U.S., using U.S. supply chains, to the maximum extent possible. We should then turn to products from trusted allies to retain needed access to critical supplies and technologies.

Next, we should not allow adversaries into our defense market—period. Importing Chinese technologies for use in critical and highly sensitive military applications is the present-day equivalent of the mythological Trojan Horse used by the Greeks to maliciously enter the city of Troy. The Greeks ended the 10 year siege of Troy using the Trojan Horse's deceit to get "inside the wire," so to speak. China is using the same tactic today.

Finally, U.S. companies should consider national security implications when importing technologies and goods from untrusted suppliers, particularly when those goods are classified as commercial-off-the-shelf items. Maximum profits are great for shareholders and Wall Street executives, but they must not come at the expense of America’s future writ large. A free market system only works when its principles rely on trusted allies who hold similar values, not communist suppliers who create unfair market conditions to satisfy ulterior motives. Continued reliance on China’s cheap goods will only further advance their nefarious intentions for the U.S., making companies who deal with China a potential risk to our nation’s uncertain future.

The Buy American Act is anything but a panacea for our nation's current dilemma, and its poor fit with present reality suggests new policies are needed. The sooner we take these steps, the sooner we can reclaim certainty in America's future. Whatever they might be, short-term pains are well worth the long-term issues we could avoid in the future. The choice is ours, and to keep our nation secure, we must make the right one now.

Jeff A. Green is a retired Air Force Colonel, former staff director and counsel for the House Armed Services Committee, and President of J. A. Green & Company in Washington DC, a federal affairs consulting firm.