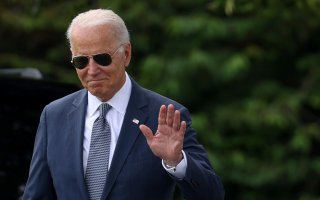 Here's What You Need to Know: The IRS and Treasury Department are expected to begin distributing the child tax credit on a monthly basis beginning July 15.

Aslim majority of Americans said that the federal child tax credit from President Joe Biden’s coronavirus relief bill should be made fully refundable, according to a new poll.

The survey, conducted by Hill-HarrisX, found that 51 percent of participants said that the credit should be fully refundable.

About 54 percent of respondents said that they oppose boosting the amount of the child tax credit, and 53 percent said they oppose sending monthly payments scheduled through the end of the year and the rest of the credit when filing 2021 taxes in 2022.

Biden’s $1.9 trillion American Rescue Plan boosted the child tax credit from $2,000 to $3,000 and allowed parents with children under the age of six to qualify for $3,600. The measure also permits parents of children at the age of seventeen to be eligible for the credit.

Recipients, however, can opt-out of the monthly payments and receive the credit in one lump sum.

The IRS determined child tax credit eligibility based on 2019 and 2020 tax returns, but families can update information like income marital status and the number of dependents through an online portal.

The IRS and Treasury Department are expected to begin distributing the child tax credit on a monthly basis beginning July 15, followed by August 13, September 15, October 15, November 15 and December 15.

The Hill-HarrisX poll was conducted online from June 7 to 9 and surveyed 839 registered voters. It has a margin of error of plus or minus 3.18 percentage points.