America's Aircraft Carriers Are Massive, But They Can Still Perform Crazy Maneuvers 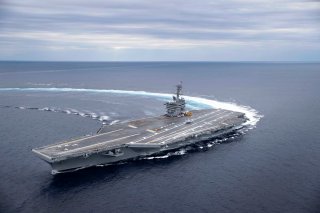 Here's What You Need To Remember: Just because the Lincoln’s hauling hundreds of tons of high-tech equipment, dozens of aircraft, and thousands of sailors doesn’t mean the carrier can’t turn on a dime at more than 30 knots.