America's B-58 Hustler Bomber Didn't Live up to the Hype 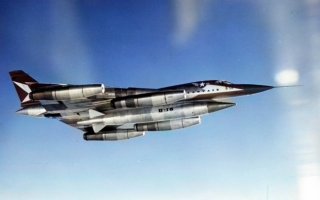 Here's What You Need to Remember: Although an engineering marvel, the Hustler suffered from appalling accident rate, high maintenance costs, and an obsolete mission profile.

This article first appeared in June 2016 and is being republished due to reader interest.