America's Best Days Are Still Ahead (We Think) 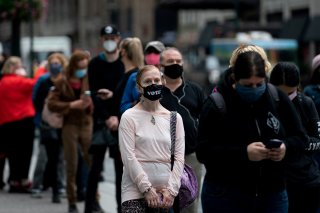 How should I end this weekly series of blog posts about the 2020 election that I began a year ago?

One way is to look at the latest polls. In the FiveThirtyEight collection of 113 polls taken since October 1, Joe Biden has polled at or above 50 percent in 81 of them. Trump has been at or above 45 percent in 16 of them. Aside from a few blips, the national polls have been remarkably stable. However, there has been more variation in the all-important state polls. Also of note: COVID will present challenges for the exit polling consortium. In a conversation with Joe Lenski who heads Edison Research, the company that conducts the exit poll, Doug Usher learned that the exit pollsters will use 226,080 disposable golf pencils for the voters who fill out their questionnaires so that they with not need to share pencils.

Instead of focusing on horse-race polling, however, I will end this series on a positive note. This election is the 59th time in our history that Americans have gone to the polls freely. It is a record unmatched anywhere else in the world. Many of these elections have been conducted in the most trying of circumstances, but we have persisted.

In the new poll, Democrats and Republicans were equally optimistic about America’s future (62 and 61 percent, respectively). It’s a nice thought on which to conclude the 2020 campaign.