America's Broadband Internet Is A Great Success Story (No, Really) 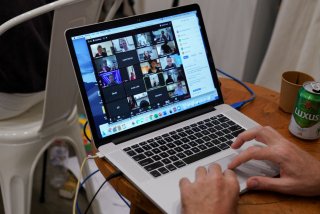 While the Summer Olympics have been postponed until 2021, it appears that nothing will diminish the international rivalry associated with “winning” the race to have the fastest average broadband speed. For a short time, the “winner” gets to gloat triumphantly over the “losers” and even down the ranks, coming in ahead of a close rival (frequently a neighbor) confers temporary bragging rights (at least until the next league table is released). And often, even if the absolute speeds increase, many consider it a tragedy if a country’s rank should fall.

These behaviors were on display last week when Cable.co.uk released its Worldwide Broadband Speed League 2020, based on data compiled and analyzed by M-Lab. A consortium of research, industry, and public interest partners, M-Lab claims to be “the largest collection of open internet performance data on the planet.” It is certainly one of the most transparent, publishing a detailed methodology explaining how it collects and utilizes its data and how its methods compare with other providers such as Ookla and SamKnows. M-Lab makes its data available for analysis by third parties such as Cable.co.uk, thereby facilitating an array of research on relative and absolute broadband speeds in different locations.

No gold for the US

The United States scores a very creditable rank of 20 in this study, with a meritorious mean download speed of 71.3 Mbps, measured from 187 million tests conducted over 46 million unique IP addresses. Quite impressive, one might think, for a country with a huge land area and a population of 326 million people. Of the countries ranking higher, only a handful (Switzerland – 7th; Hungary – 10th; the Netherlands – 11th; Denmark – 14th; Sweden – 16th, and the Slovak Republic – 19th) are truly comparable nations with large populations and a meaningful physical territory over which connectivity is provided. Others are either city states (e.g. Hong Kong – 8th; Singapore – 18th) or small territories with small populations (e.g., Liechtenstein – 1st; Gibraltar – 4th; Aruba – 12th, and Bermuda – 17th). The US ranks well above traditional rivals Canada (34th; 52.6Mbps) and the UK (47th; 37.82 Mbps), and also above the poster children for ultrafast broadband of past years: Japan (33rd; 54.62 Mbps) and the Republic of Korea (43rd; 40.81 Mbps).

All of this should be a cause for congratulating US broadband providers and should reassure consumers that they are, on average, receiving world-class speeds (M-Lab provides measurements disaggregated by state, county, congressional district, and zip code as well). As the M-Lab methodology states, what matters is not the rank a country holds at any one point in time, but the trend in speeds over time. While the US fell from its rank of 15th in 2019, the average speed has been inexorably increasing since M-Lab has been recording data. This has not been the case for all countries in the top echelons — Norway, Hungary, and Belgium, for example, recorded lower average speeds in 2019 than in 2018.

Nonetheless, many still express angst at the US failure to win gold in this international competition.

Comparing speeds in the time of COVID-19

Perhaps even more interesting is another Cable.co.uk report comparing the effects of COVID-19 lockdowns on the average broadband speeds in different countries. They hypothesize that changing broadband usage patterns during lockdowns — notably, a greater propensity for video streaming and gaming — would put pressure on broadband speeds, leading them to decline, only increasing when lockdowns ease. However, if app providers and network operators take relevant actions — such as reducing the bandwidth required for apps, as Netflix did in some areas, or increasing provisioning at choke points, as US operators were observed to do — then the effect on average speeds will be less than it might have otherwise been.

The Cable.co.uk report methodology draws on a sophisticated dataset collated by Oxford University which tracks and indexes the intensity of lockdown policies on a daily basis across countries (and at the US state level). The US (3 percent) was one of the few countries to exhibit faster speeds in lockdown than outside it. In Europe, only Germany (5 percent) exhibited this pattern. Most of Europe exhibited speed decreases of up to 10 percent. Canada, the Netherlands, and Hungary exhibited even greater decreases (10.8, 13, and 13.2 percent respectively). Stunningly, China exhibited a 50 percent speed decrease.

These data should be celebrated even more in the US than the global rankings. Not only does the US exhibit one of the fastest average broadband networks in the world, but it is also one of the most adaptable — capable of maintaining and even increasing performance during times of considerable stress while performance in most other countries has suffered.

While there is always room for improvement in challenging local geographies, this is hardly indicative of an industry crying out for increased regulatory intervention to improve performance in a global context. A medal-winning policy performance indeed?