America's F-22 Raptor Is Incredible, But It Hasn't Had Much Of A Military Impact 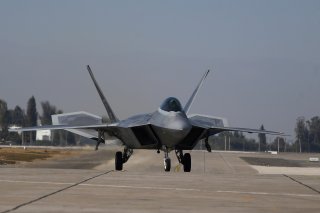 Here's What You Need To Remember: The F-22 has enjoyed the unusual distinction of holding an almost universally acknowledged dominance in the core air superiority mission for over a decade, and yet has not participated in a consequential way in any military conflict. It is the world’s best boxer, and yet can find no one to fight.

Robert Farley, a frequent contributor to TNI, is a Visiting Professor at the United States Army War College. The views expressed are those of the author and do not necessarily reflect the official policy or position of the Department of the Army, Department of Defense, or the U.S. Government. This article is being republished due to reader interest.