America's F-4 Phantom Did Not Rule The Skies. The F-35 May Not Either 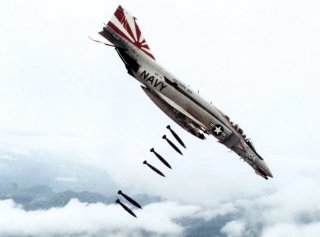 Here's What You Need To Remember: The Vietnam analogy highlights potential vulnerabilities of the F-35, but also cannot definitively account for the different technologies in play when evaluating the Lightning’s adaptability to the air superiority role. Key performance parameters concerning the effective range of long-range IRST, radars and missiles used by and against an stealth jet are probably necessary for a fairer evaluation, but are likely to be kept under wraps by anybody in a position to know.