America's First Supersonic Fighter Was Born Thanks to North Korea 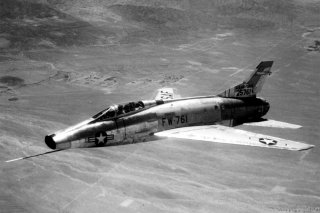 Key Point: America’s first supersonic jet did not excel as a fighter and had beastly accident rate.