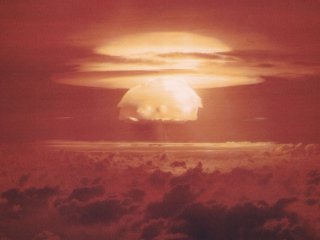 Here's What You Need To Remember: The shock wave destroyed buildings supposedly outside of the calculated damage zone. It nearly knocked observation aircraft out of the sky, and caused some men inadvertently trapped in a forward observation bunker to wonder if the explosion ripped their concrete and steel shelter from its foundations and flung it into the sea.