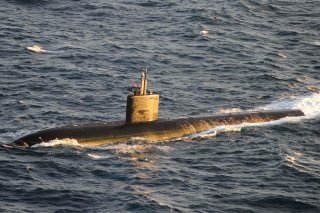 Here's What You Need To Remember: Lacking an underwater enemy to fight, American submarines could linger off the coastlines of potential adversaries, collecting electronic data and conducting surveillance operations. The Los Angeles class was at the forefront of this effort, and USS Annapolis was refitted with a photonic mast featuring cameras instead of a traditional periscope mast.

The Los Angeles–class submarines, also known as the 688 class, were first designed in the early 1970s. The first ship, Los Angeles (SSN-688), was laid down in 1976. The submarines were produced at a Cold War pace, with production averaging three to five submarines annually, significantly higher than the current pace of two Virginia-class submarines produced annually. The Navy sustained this rate of production until 1992. Over the twenty years, the class was produced, various systems, including propulsion, bow and towed sonar, and even hull material were upgraded to reflect the latest technology.

The Los Angeles–class submarines were constructed from HY-80 steel, with a glass-reinforced plastic bow over the sonar array. This gives the submarine a maximum official depth of 650 feet. Other sources peg maximum operating depth at 950 feet. The absolute maximum diving depth in emergencies is reportedly 1,475 feet.

Armament consists of four 533-millimeter torpedo tubes for all production submarines. The tubes are placed amidships on the hull due to the bow housing the active/pass sonar array. The ships can carry twenty-six torpedo tube-launched weapons, which at the height of the Cold War included Mk.48 homing torpedoes, up to eight Tomahawk cruise missiles, Harpoon anti-ship missiles, and CAPTOR mines. The last twenty-three submarines were equipped with twelve vertical launch silos for Tomahawk missiles, a concept carried on with the Virginia class, for a possible total of twenty Tomahawk missiles.

In addition to the traditional roles of undersea, surface, and strike warfare, the Los Angeles class was capable of conducting special operations. Select ships in the class were capable of being fitted with the portable Dry Dock Shelter, which could hold a Swimmer Delivery Vehicle, up to twenty SEAL commandos and four Combat Rubber Raiding Craft. This role has been taken over by the Ohio-class cruise missile submarines and the Seawolf-class, particularly the USS Jimmy Carter.

Although intelligence gathering has long been a role for submarines, starting in the 1990s the U.S. submarine fleet began using an Army phrase, “intelligence preparation of the battlefield,” to describe intelligence gathering in support of operations on the ground. Lacking an underwater enemy to fight, American submarines could linger off the coastlines of potential adversaries, collecting electronic data and conducting surveillance operations. The Los Angeles class was at the forefront of this effort, and USS Annapolis was refitted with a photonic mast featuring cameras instead of a traditional periscope mast.

Sixty-two Los Angeles–class submarines were built between 1976 and 1996. Not all of them served at once—some of the earliest subs were retired starting in 1995 with just seventeen years of service to avoid costly nuclear refueling costs while the production line was still running! Today thirty-eight are still on active duty. The Seawolf-class, meant to provide deeper-diving submarines capable of Arctic operations, was canceled at three ships, due to cost overruns and the quest for a 1990s “peace dividend.” The true replacements for the “688” class are the Virginia submarines, currently under construction.

Kyle Mizokami is a defense and national-security writer based in San Francisco who has appeared in the Diplomat, Foreign Policy, War is Boring and the Daily Beast. In 2009 he cofounded the defense and security blog Japan Security Watch. You can follow him on Twitter: @KyleMizokami. This first appeared in October 2016.