America's Master Plan to Take Out Russia in a War: Kill the Satellites 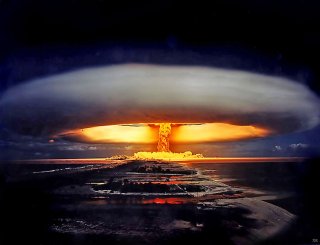 Here's What You Need to Remember: Wear and tear and funding cuts took their toll on the Thor missiles, and in 1975 the Pentagon shut down Program 437.

One eventual result was America’s Cold War nuclear satellite-killer — a missile that could lob an atomic warhead into Earth’s orbit and fry enemy spacecraft. So-called Program 437 was active between 1963 and 1975 and remained a secret for a full year.

The tests had an interesting and frightening side effect, as the Stimson Center’s Michael Krepon wrote:

he Air Force was able to rapidly cobble together an operational system out of deactivated missile components, existing launch pads, and a space tracking system to create the capability to use nuclear antisatellite weapons in a direct ascent mode to destroy orbiting space vehicles. …