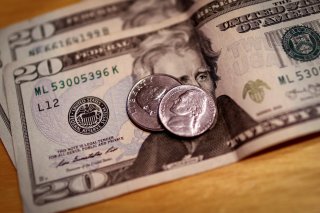 A frequent refrain among Washington populists (and in omnipresent political advertising) these days is that decades of global capitalism have “hollowed out” the center of the American workforce, leaving two predominant classes in the United States: the poor and the super‐​rich (aka “the 1%”). The alleged “polarization” of the American workforce drives domestic and international economic policies on the left and the right, all of which seek to “restore” the middle class to its long‐​past glory (and often blame the “rich” for deliberately causing the current predicament).

New research, however, calls this narrative into question by examining individuals over time instead of the prevailing methods of analyzing certain groups – most notably income classes or occupations – during certain periods. These “real world” analyses reveal that, while the American middle class is indeed shrinking, this trend has been caused less by “polarization” (i.e., Americans moving both up and down the economic ladder) and more by Americans simply getting richer.

First, in a new Brookings Institution analysis, George Washington University’s Stephen Rose conducted a “longitudinal” analysis of the same people over time using the popular Panel Study on Income Dynamics (PSID) dataset. These data, Rose tells the Washington Post’s Robert Samuelson, “provide a picture of what is really happening to people because they have data on each specific person for many years.” In particular, Rose examined individuals aged 25 to 44 during two different 15‐​year periods: 1967–1981 and 2002–2016. To standardize the data, he converted all individuals into “family units” of three and adjusted for inflation (using Bureau of Economic Analysis’ Personal Consumption Expenditure price deflator). The results, which the Post helpfully summarized in the table below, run counter to the prevailing “polarization” narrative: 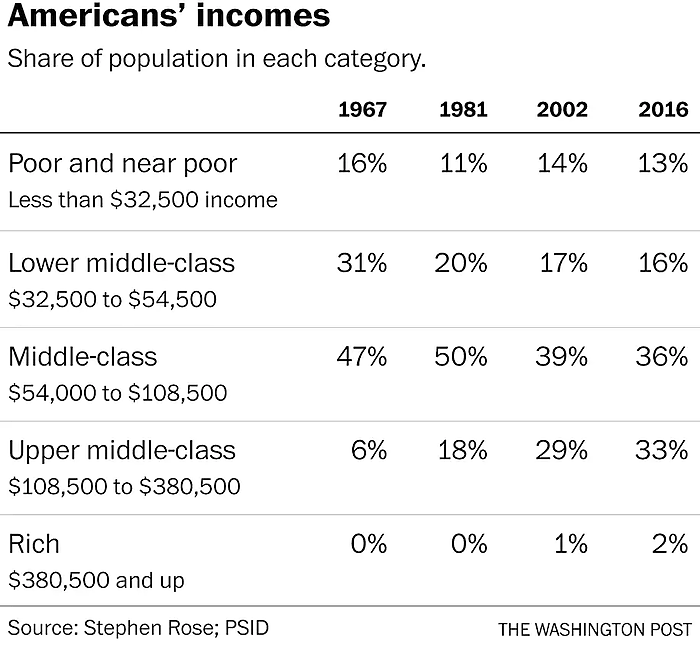 As the table makes clear, the predominant trend during and across the two periods – although certainly less so during second one – is fewer poor and lower/​middle‐​class Americans and more upper‐​middle and rich Americans. Rose thus draws two important conclusions from these data:

First, while the benefits of economic growth have not accrued equally, they have not gone solely to the top 1%. The upper middle class has grown. Second, the main reason for the shrinking of the middle class (defined in absolute terms) is the increase in the number of people with higher incomes.

He also finds another bit of good news: “many more Black people are in higher income classes” during the latter period (though there is still more work to do in that regard). Samuelson helpfully adds in his Post piece that these figures likely understate the individuals’ actual gains, because the income figures do not include government transfers (which, as this CBO analysis demonstrates, substantially improves poor and middle class income gains over time) or non‐​wage employer compensation like healthcare premium contributions. (I’d also note that the latter period not only featured the 2008-09 Great Recession and the 2015–16 “mini‐​recession” in U.S. manufacturing, but could show even more improvement if it ended last year instead of 2016 and thus captured the strong gains for middle‐​class workers in 2018–19.)

Second, a 2019 paper from Jennifer Hunt and Ryan Nunn provides similar conclusions when examining wages at the individual level (rather than occupation‐​average wages) over time. They explain that “[w]hile occupations may provide reliable information about tasks and the nature of work at a point in time, average occupation wages are in general not appropriate proxies for individual wages, nor is the distribution of occupations by average wage very informative about the distribution of workers’ wages” (and thus wage inequality and polarization), in large part because wages can vary dramatically within occupations (even those classified as “low wage”).

Instead, they assign workers to real hourly wage “bins,” ignoring specific occupations and their average wages, and then track annual changes in the shares of workers in each bin between 1973 and 2018, again adjusting for inflation. The groups examined here are different from those used by Rose – the highest‐​wage bin starts at $35.08 (equivalent to about $70,000 per year), and these individuals are not converted to 3‐​person “family equivalents” – but the findings are nevertheless similar: low and middle‐​wage jobs are slowly declining while higher‐​wage jobs are increasing more quickly: 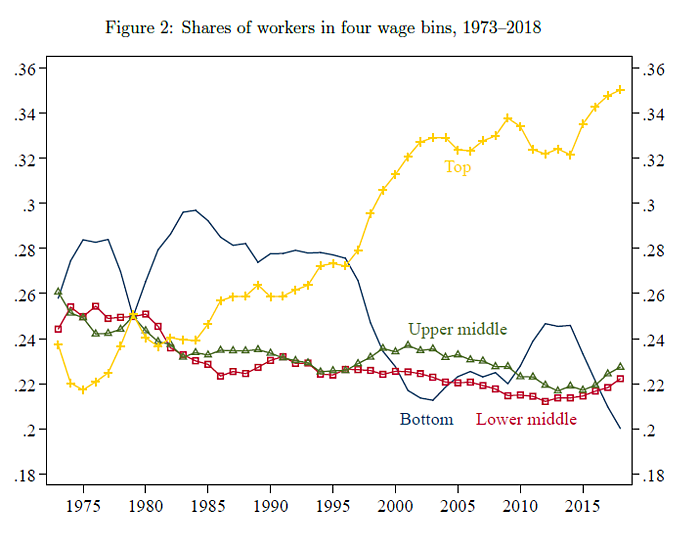 These general (and positive) long‐​term trends do not change when adjusting for worker hours or business cycles, or when increasing the number of wage bins from four to ten. In summarizing their research at VoxEU, the authors conclude: “The share of workers earning middle wages has declined for the last 50 years…. But in a departure from employment polarisation, the figure does not show simultaneous increases in the top and bottom group shares…. [S]hares of workers earning bottom and top wages have generally moved in opposite directions, and do not rise together in the polarising fashion that would provide a link to rising wage inequality.” They subsequently find that women benefited most from these trends, though their analysis of male wages still shows a long‐​run increase in high‐​wage jobs and no clear “polarization” trend: 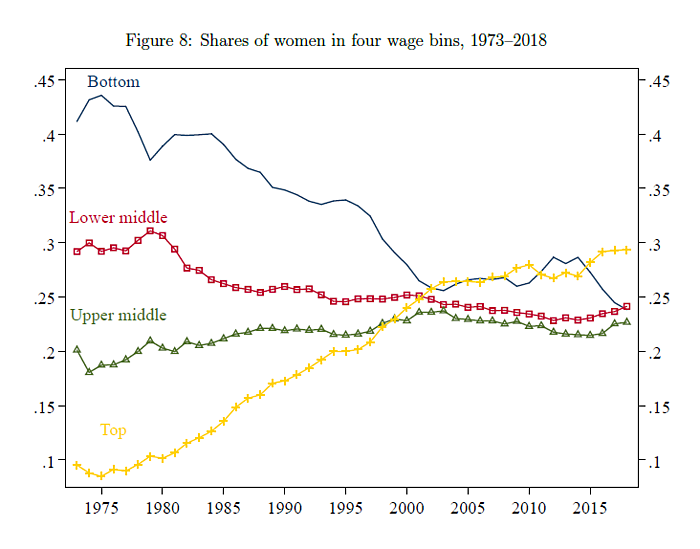 These “real world” analyses effectively counter the “polarization” narrative that we hear so frequently from politicians, pundits and the media. They (and some other recent assessments, including one on this very blog) show that America’s middle class is indeed getting smaller, but it is primarily because Americans are moving up the economic ladder.

This good news, of course, does not mean that all is well in U.S. labor markets or with the American middle class. The studies show, for example, less significant and less stable gains for male workers (Hunt/​Nunn) or for all workers in more recent periods (Rose), as well as the increasing importance of education for upward mobility in the United States (both). And, while each study accounts for inflation (including housing costs), they do not address important cost‐​based challenges that are specific to certain American workers (e.g., higher education costs) or to important U.S. labor markets (e.g., coastal “megacities” like New York). Nevertheless, those very real challenges are very different, and more nuanced, than the common narrative peddled by populists like Elizabeth Warren and Josh Hawley about nefarious elites and multinational corporations “hollowing out” the American middle class. These challenges also require different policy responses (many at the state and local level), such as improving educational outcomes, eliminating occupational licensing or other regulations that stifle mobility, or lowering the cost of essential goods and services (see, e.g., my colleague Ryan Bourne’s suggestions or my recent presentation on housing costs), instead of punitive federal wealth taxes, wage controls, protectionism, or abandoning capitalism altogether.

U.S. policymakers should therefore focus their attention on these specific challenges and reforms — and maybe save the populist uprising for another day.

This article by Scott Lincicome first appeared in CATO on August 20, 2020.