America's Old M60 Tank Remains in Service Around the World 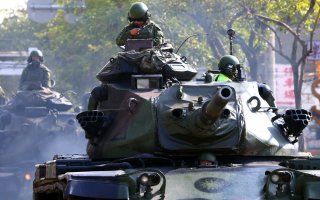