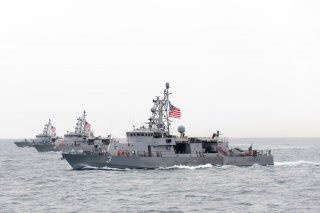 Here's What You Need To Remember: The Cyclones perhaps could outfight many of the gun- and rocket-armed boats and corvettes that make up the bulk of the Iranian navy and the naval militia of the Iranian Revolutionary Guard Corps. But any patrol boat lacking serious air-defense systems is vulnerable to shore- and air-launched heavy anti-ship missiles.