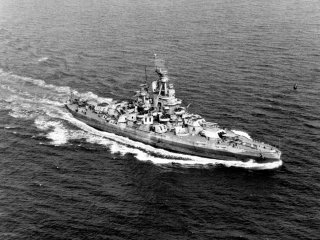 Here's What You Need To Remember: While largely forgotten to history, the USS Nevada represents the stubbornness and resilience of the American fighter; a symbol of how the U.S. has always risen from the ashes of tragedy and triumphed over her enemies.