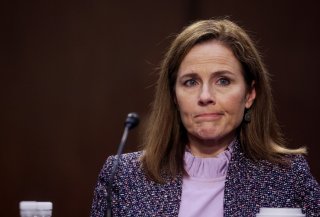 On personal jurisdiction, like her mentor Antonin Scalia, Barrett is right in line with the (to me, welcome) modern developments in which the high court has pushed back against state courts’ assertion of “long‐​arm” power over out‐​of‐​state defendants. For example, “Judge Barrett regularly cites Walden v. Fiore, where the Supreme Court, in an opinion authored by Justice Clarence Thomas, held that it is the contacts of the defendant — not the plaintiff — that determine the existence of personal jurisdiction.” (The Court was unanimous in that ruling.) While state courts can properly take jurisdiction over an out‐​of‐​state enterprise that has directly targeted the state for substantial business activity, it will not do to identify just any old way, no matter how incidental or indirect, by which the business has had an effect on or benefited from the state’s market.

On the kind of injury needed to confer standing to sue, Barrett has vigorously applied the Supreme Court’s influential 2016 decision in Spokeo v. Robins, which required as a prerequisite to sue that a plaintiff have suffered an actual concrete and particularized injury from the defendant’s conduct, as opposed to, say, tripping it up for some regulatory infraction that occasioned no such injury. The lack of such harm, in fact, deprives the court of jurisdiction altogether over the matter. In one of numerous injury‐​standing cases, she ruled that a “blind plaintiff in an Americans with Disabilities Act case, Carello v. Aurora Policemen Credit Union, suing a credit union for not having a text‐​aloud reader lacked standing since he was ineligible for membership” in the organization he had sued.

Read the whole piece here. Meanwhile, I’ve got a new piece in The Dispatch on Barrett’s record in workplace and employment discrimination cases:

As a libertarian, it wouldn’t bother me if Barrett were an ardent advocate of freedom of contract and property rights.. … [In fact, however,] Barrett has hewn carefully to the precedent and guidance handed down by the U.S. Supreme Court, just as you’d expect from an accomplished appeals court judge…

But that’s how it tends to go when pressure‐​group ideologues compile tidy checklists of cases meant to provide ammunition against judicial nominees. Much, even most of the day‐​to‐​day work of judges consists of relatively routine and technical issues in which emotion plays little role. The role of groups like Alliance for Justice is to jam this work into a “which side are you on” framework based on the notion that the only thing of interest in a case is which side won.

Speaking of those tidy checklists, Ken White deftly dissects one such story making the rounds, about how Barrett (along with every other judge to rule on the case) wouldn’t let an Illinois highway worker sue even though a racial epithet had been directed at him. In doing so, she applied, as the law directed, the Supreme Court’s formula spelling out the requirements of a hostile environment claim. Ken White concludes: “There are plenty of reasons to oppose Barrett without lying or misinforming people about the law.”