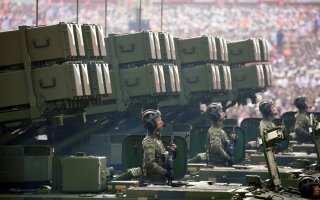 Here's What You Need to Know: Chinese intervention in a Korean conflict would immediately change the military equation.

(This article first appeared in December 2017).

This article first appeared in December 2017.