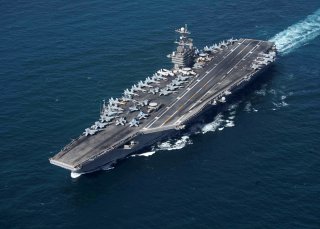 Here's What You Need to Remember: Circumstances obviously matter for an attack on a U.S. aircraft carrier. An out-of-the-blue attack from a conventionally armed state actor would enjoy the highest levels of success, but would also have an impact on elite and public opinion in the United States that might drive calls for dire retribution.

As part of an ongoing military conflict, an attack against a U.S. Navy carrier would not necessarily represent a legal challenge; aircraft carriers are weapons of war, after all, and they are just as vulnerable to attack as any other weapon. But as military theorists have pointed out for at least two centuries, states choose their levels of escalation very carefully. Most wars are limited wars, and in limited wars, generals, admirals, and politicians are aware of the political import of the targets they select. Consequently, some targets remain off-limits for states that want to keep a war limited, even if those targets make a material contribution to the conduct of the conflict.

The United States has enjoyed, for quite some time, a perception of untouchability around its most cherished, expensive, and effective military assets. Even with conventional naval and air forces, attacking a supercarrier is no mean task; the USSR tried to develop effective anti-carrier weapons and tactics for decades, a pursuit that China has now taken up. But aircraft carriers have an almost mythic symbolic importance, both in global opinion and in the self-conception of the U.S. Navy. No state has undertaken a determined attack against a U.S. Navy carrier since World War II.

Authorizing an attack against a U.S. Navy supercarrier would require a weighty political decision. Political and senior military authorities might prefer to simply damage a carrier, which would send America a message about vulnerability but that would not necessarily lead to the deaths of extensive numbers of U.S. personnel. However, it would be difficult for anyone to guarantee limitations on damage, as a "lucky shot" might destroy the carrier. Granting the authority to attack a carrier would necessarily run the risk of sinking the ship. The USS Nimitz carries almost 6000 American military personnel and represents a vast expenditure of American treasure. Attacking her, and thus endangering this blood and treasure, is a very risky prospect indeed. The sinking of a U.S. aircraft carrier might well result in casualties that would exceed the total losses of the Iraq War in no more than a few minutes. When capital ships sink, they sometimes take nearly every crew member with them; 1415 of a crew of 1418 went down with HMS Hood in 1941, for example.

The military impact of a successful strike against a carrier would be straightforward. A missile volley that either sank a carrier or led to a “mission-kill” by damaging the flight deck of a carrier into inoperability would deeply affect U.S. military operations, both by removing the carrier from the fight and from deterring America from deploying other carriers to the region. The U.S. Navy can deploy only a limited number of carriers at any given time. In a crisis, the U.S. Navy could shift carriers around and stand up additional ships, but knocking out a carrier effectively eliminates around 10 percent of American naval aviation strike power. The United States has other options (land-based air, cruise missiles, assault carriers), but in many scenarios damaging or sinking a carrier could have a dramatic impact on the military balance.

It is not likely that any foe will decide to attack a U.S. Navy supercarrier by accident. Launching an attack against a carrier represents a profound political-military decision to escalate the stakes of a conflict, and it is unlikely that a tactical commander (a sub skipper, for example) would be allowed to make such a decision on his or her own. If such an attack ever takes place during a crisis or a conflict, the policymakers on either side (not to mention the rest of the world) will need to take very deep breaths and think hard about what the next steps might be.