Are 10 Columbia-Class Ballistic Missile Submarines Enough for the Navy? 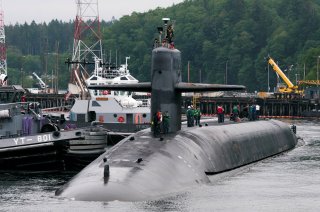 Here's What You Need to Remember: Will operating with only ten nuclear-armed submarines be sufficient for the Navy to sustain enough of its high-priority strategic deterrence patrols? The Navy might not seem entirely sure, which is part of why there continues to be echoes of U.S. plans to acquire “at least” twelve Columbia class boats.